There are several ways to interpret a Stochastic Oscillator. Three popular methods include: 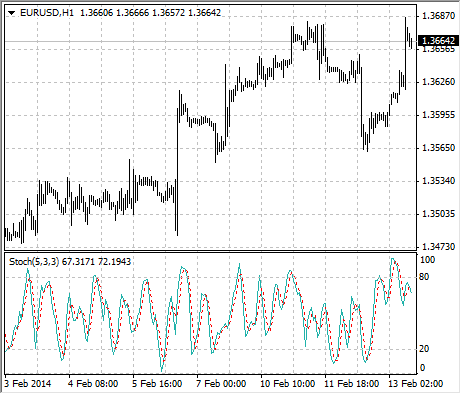 The Stochastic Oscillator has four variables:

The %D moving average is calculated according to the formula: %D = SMA(%K, N)

Where:
N – is the smoothing period;
SMA – is the Simple Moving Average.