On default, the updates are downloaded to the following folder (depending on the operating system used): 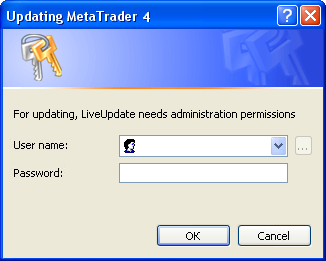 In this case it is necessary to specify details of the administrator account with enough permission to write files into the terminal installation directory. 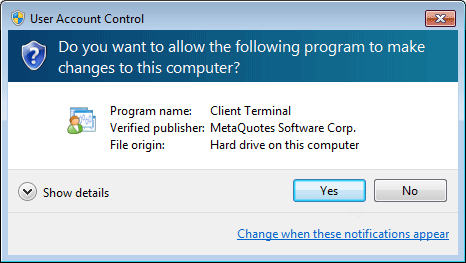 Depending on the user's permissions in MS Windows Vista, it is necessary either to allow the operation (if a user is an administrator) or specify administrator account details.