It is very important to be able to estimate the Bulls Power balance since changes in this balance initially signalize about possible trend reversal. This task can be solved using the Bulls Power oscillator developed by Alexander Elder and and described in his book titled Trading for a Living. Elder based on the following premises when deducing this oscillator:

On these premises, Elder developed Bulls Power as the difference between the highest price and 13-period exponential moving average (HIGH - EMA). 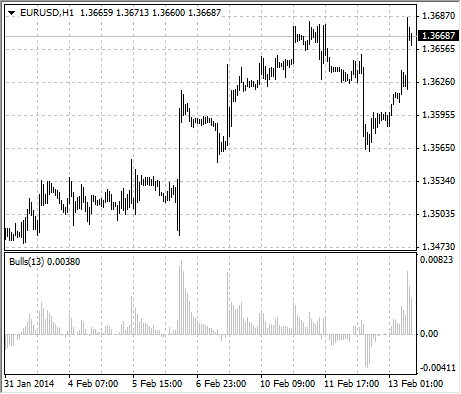