Professional market analysis by Jarratt Davis is now featured straight in MetaTrader 4 and MetaTrader 5. The news feed from the famous British trader has been integrated into MetaQuotes' trading platforms.

FX News EDGE is owned by Jarratt Davis, whose success is based on his ability to build trading strategies around a thorough fundamental analysis. Jarratt Davis was ranked the second best performing Forex trader in the world by the Barclay Hedge currency traders index between 2008-2013. 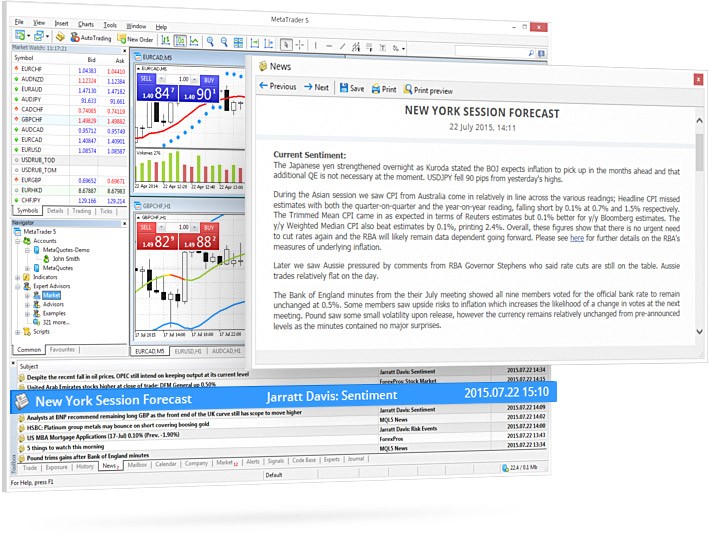 Jarratt's unique analytical experience is the basis of the FX News Edge policy. In addition to being the service owner, Jarratt has a team of professional analysts working on unique research and content for the feed, carefully selecting topics to be broadcast to the all of the subscribers.

Every morning, FX News EDGE readers receive a comprehensive overview of the coming high impact financial events and their interpretation by Jarratt and his team. In addition, Jarratt adds weekly video presentations that take readers through the economic calendar for the coming week.