Although our major efforts are focused on improving and enhancing the functionality of MetaTrader 5 for Android at the moment, we do not forget about the users of the fourth version of the popular trading platform. 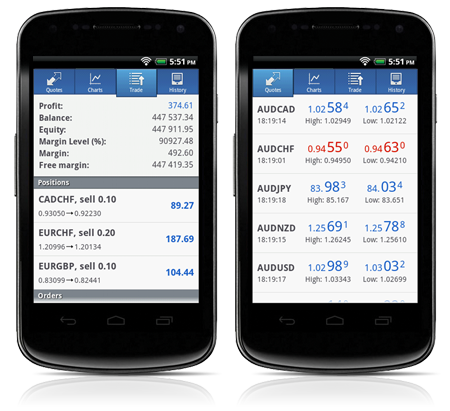 Several errors in the following cases have been fixed:

The new version of MetaTrader 5 for Android with technical indicators and push notifications will be released in late August or early September.